We couldn’t ignore some pretty damning news reports regarding Tesco’s habit of late payment to suppliers. Their share prices are falling as the Serious Fraud Office concludes an investigation.

It’s been reported that the supermarket giant has been knowingly delaying payments to suppliers in order to improve it’s ‘own financial position’. The supermarket ombudsman has been investigating the chain since February 2015 after an accounting scandal unearthed a £250m black hole in their books. This was then later revised to a whopping £326m ‘because of the way Tesco booked income from its suppliers’ reports the BBC.

The article from BBC quotes Ms Tacon, the Grocery Code Adjudicator saying: “I received internal Tesco emails which encouraged Tesco staff to seek agreement from suppliers to the deferral of payments due to them in order to temporarily help Tesco margins.
“I also saw internal Tesco emails suggesting that payments should not be made to suppliers before a certain date in order to avoid under performance against a forecasted margin.”

So what does that mean on a larger level? 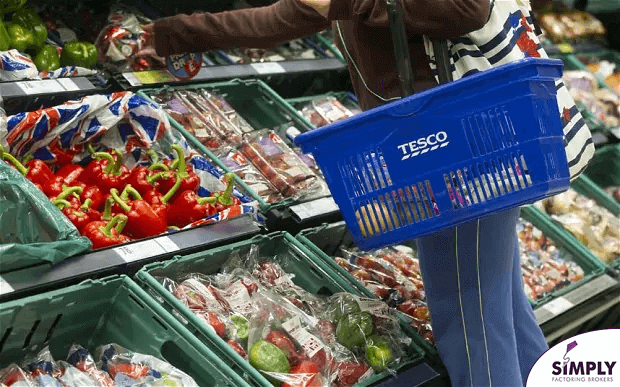 Unfortunately, it’s not uncommon for large players like Tesco to pull their weight and push SMEs around the playground. Smaller suppliers obviously wouldn’t want to turn away national work but can end up losing out due to the immense pressure this puts on their cashflow. Business minister Anna Soubry says ‘Late payment can hinder the growth and productivity of these suppliers and can threaten their existence’.

So how do you protect yourself from late payment if you’re taking on a new large contract?

There are a few things that can really help you when you’re supplying to large chains. Have an iron clad contract which clearly states your terms and remember to chase this up like a dog with a bone! Make sure you have someone dedicated to credit control and that they have a thick skin!

Finally make sure you’re aware of all of the finance help and advice available to you. There is an absolute wealth of financial assistance designed purely to help you grow your business. Solutions such as invoice factoring allow you to borrow money against your own sales ledger, freeing up cash to carrying on growing. These solutions can help protect you when large organisations like Tesco, delay payment. Pop an enquiry through on our contact page if you’re being affected by something like this and we’ll make sure one of our team gives you a bell asap to help you through!